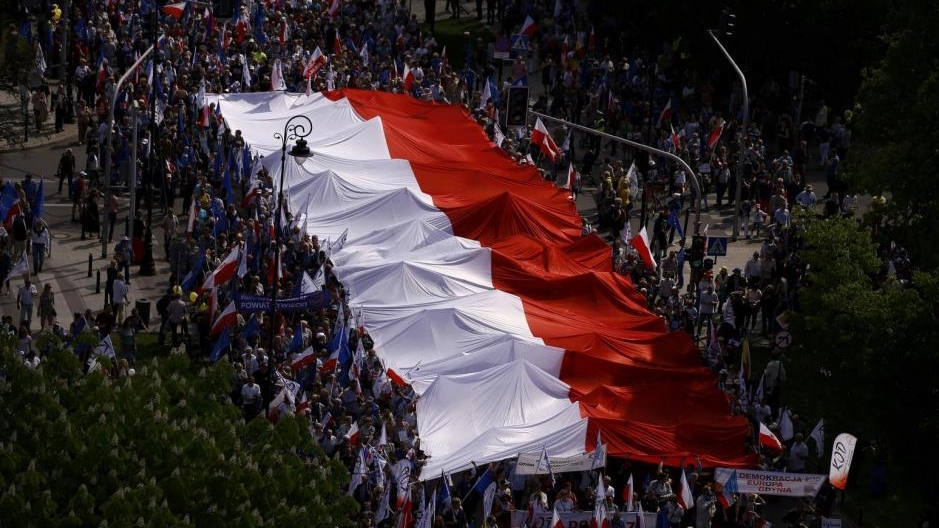 Warsaw, Poland – A month after its bitter-sweet win in local elections, Poland’s ruling Law and Justice party is losing grounds on several fronts and facing growing pressure, both at home and abroad.

Backing out of its flagship Supreme Court reform

Last Wednesday, the Polish government backtracked on its controversial Supreme Court reform to comply with an EU ruling and introduced a legislative amendment removing the measure that lowered the retirement age of Supreme Court judges. In July, the government had introduced a law lowering their retirement age from 70 to 65, thus forcing more than 20 judges – around one-third of the total – to quit. Some of them had refused to comply, and thousands of protesters had taken to the streets to oppose the move. The EU had launched judicial proceedings against Warsaw, accusing PiS officials and lawmakers of undermining the country’s judicial independence.

The European Commission had already took, in December 2017, the unprecedented step of triggering article 7 of EU treaties, kicking off a procedure that could theoretically result in sanctions against Poland and strip the country of its voting rights at the Council.

According to Reuters, the draft amendment – that could significantly ease tensions with Poland’s European partners – clearly states that this new move “constitutes an execution of the European court of justice injunction”. “We are fulfilling our obligations”, Justice Minister Zbigniew Ziobro told parliament. “At the same time, we are pushing forwards with our changes in the justice system”. During a visit to Warsaw, European Commission vice-president Valdis Dombrovskis welcomed the new amendment.

Many, however, argued that the measure isn’t going far enough: “If the PiS really wanted to show goodwill, it would adopt a law repealing all changes restricting the independence of the Supreme Court”, tweeted Kamila Gasiuk-Pihowicz, member of parliament for opposition Modern party. Poland researcher for Amnesty International Barbora Cernusakova also considers that the amendment “addresses just a fraction of the concerns”.

One of the biggest financial scandals in recent years

Others, on the other hand, accuse Law and Justice of introducing this amendment only to divert attention from one of the biggest corruption scandals of the last few years. “One may say better late than never, but don’t count your chicken before they hatch. PiS is doing this deliberately to hide the scandal with regulator KNF”, Joanna Scheuring-Wielgus, a liberal lawmaker, said.

The ruling party is struggling to contain the repercussions of a graft scandal, in which the billionaire owner of a bank accused the head of the financial regulator KNF of asking him to pay millions of dollars to a lawyer in exchange for providing “support” for his struggling bank. Marek Chrzanowski, the KNF chief and PiS-appointee, denies any wrongdoing but was forced to resign.

Poland’s Law and Justice, who ran on a strong anti-corruption platform, is facing a strong backlash. Although it is unlikely to pass, the no-confidence motion filed by the opposition Civic Platform (PO) on Friday is a sign, among others, of mounting pressure at home. Opposition groups are calling for a parliamentary inquiry, accusing the government of failing to ensure an independent investigation.

An opinion poll by Kantar Millward Brown showed that PiS’ popularity has been strongly dented by this corruption scandal: support for Law and Justice fell by 5 percentage points to 33%, while support for the opposition Civic Platform rose by the same amount to reach 26%.

“That scandal, this poll, (this) embarrassing retreat from the Supreme Court reform, plus reports of infighting, a cabinet reshuffle and even a possible snap election suggest that this is a pivotal moment for the government” wrote Notes from Poland.