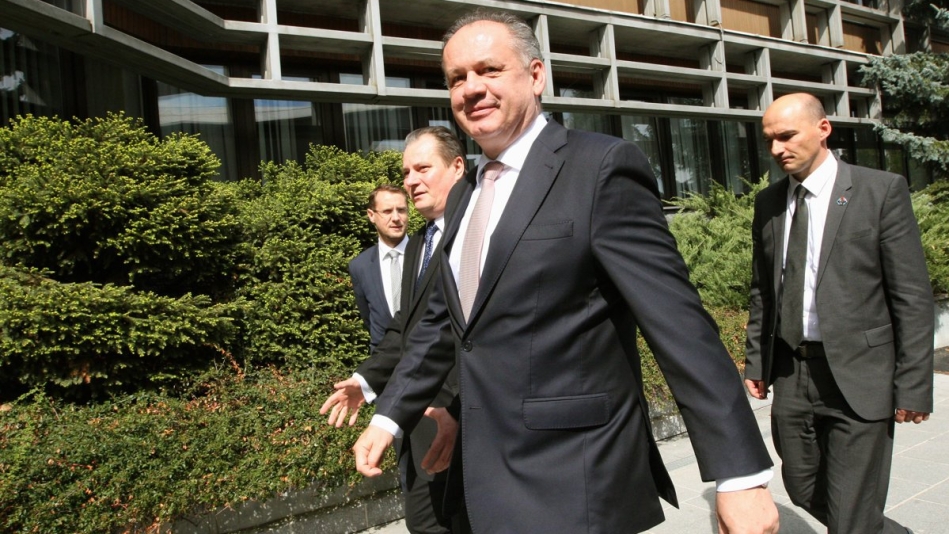 Didn’t have time to read the news lately? Kafkadesk’s got you covered. Here’s our recap of what’s been going on: Slovakia’s outgoing president plans to launch a new political party, Polish official has a peculiar solution for teachers’ anger, and Prague at the heart of an embarrassing diplomatic scandal.

On Wednesday, Slovakia’s outgoing president Andrej Kiska announced that he planned to launch a new political party after his term officially expires in June. “I will start a political party, and I want to unite all decent and willing people and change our country for the better”, he outlined in a video posted on Facebook, thereby confirming long-standing speculation. One of the most trusted officials in the country, Andrej Kiska enjoys high popular support, with a recent AKO poll released last month suggesting that up to 40% of voters could be tempted to vote for his party.

Kiska, who didn’t run for reelection during last month’s presidential election, endorsed anti-corruption lawyer and environmental activist Zuzana Čaputová, who became the country’s first female president last week. A former deputy chairwoman of the Progressive Slovakia party, Zuzana Čaputová announced she would quit her party, as is customary for Slovak heads of state. In the first time in over a decade, support for the ruling Smer party, whose candidate was defeated in the election run-off, has fallen under 20%.

Polish teachers and school personnel gear up for a nation-wide strike, due to start on April 8 right before the beginning of exam period, to demand higher salaries. For now, unions and government officials have hailed to reach an agreement.

The chief of cabinet of the Polish president, Krzysztof Szczerski, weighed in on the debate with a rather odd proposal, as News Mavens reported: “Teachers don’t have to live in celibacy. Social transfers for families, like 500+, are available to them as well”. In other words, instead of demanding higher wages, teachers should get married and have more babies in order to benefit from the government’s generous social policies. His comments, which critics billed as sexist, caused a backlash, even more so given that  the median age of Polish female teachers (who account for over 80% of the total number of teachers) stands at around 50 years old. He later apologized to “all who felt offended”, claiming his comments were “deformed and intentionally instrumentalized”.

Czech Republic: Prague at the heart of Chinese-Taiwanese diplomatic incident

The Czech government is in a bit of a fix after a diplomatic incident sparked outrage across the political spectrum. Last week, a Taiwanese representative was reportedly asked to leave a diplomatic meeting held at the Czech Trade and Industry Ministry at the request of the Chinese ambassador.

Around forty Czech senators, along with members of the Chamber of Deputies, are calling Trade and Industry Minister Marta Nováková to resign from her post, with senator Marek Hilšer calling it “unacceptable blackmail on the part of the Chinese ambassador”. Following the incident, Prague mayor Zdeněk Hřib (Pirates Party) revealed that the Chinese ambassador had previously made a similar request to him, but that he refused to bow down to Beijing’s envoy’s demand. “The problem was that my team failed to consult the matter properly with Czech Foreign Ministry”, Nováková defended herself. “I had no idea what was happening and found myself in the middle of this unpleasant situation when I arrived at the meeting”. Asked by reporters about Nováková’s political future as talks about an imminent cabinet reshuffle intensify, Prime Minister Andrej Babis remained cryptic: “No comment”.

After years of cozying up to China in a diplomatic impulse primarily led by Czech President Milos Zeman, relations between Prague and Beijing have recently taken a turn for the worse, especially since the Czech cybersecurity agency warned against the use of Chinese electronics giant Huawei’s technology and products. Government officials are now openly calling out China on its human rights record and highlighting the growing threat of Chinese espionage in the country.