Ever since the 2010 election and Orban’s rise to power, Hungary has not been the same: constitutional reform (threatening Hungary’s check and balances), electoral reform (gerrymandering at its best), judicial reform (postponed for now, but the damage is done) and many more have plagued and undermined Hungary’s young democratic traditions. At the heart of all this stands Viktor Orban, Hungary’s strongman and leader of the ruling nationalistic, populist and self-declared Christian-conservative Fidesz party.

Misinformation and propaganda in the Orban era

Hungary’s current government has been known for its penchant for propaganda for quite some time, echoing the practices of other nationalist parties from the past and present. Throughout Hungary, one can see billboards slamming the EU for its opaque decision-making practices (even though Orban hasn’t been especially known for his favorable disposition for transparency at home), portraying George Soros as the father of all evil and mastermind of a secret plan to flood Europe with Muslim migrants, even indulging in outright anti-Semitism (with catchy slogans such as “Let’s not allow Soros to have the last laugh!”).

Now, Orban’s domestic propaganda machine is going one step further, and is preparing to go global, with the launch of the V4 News Agency, or V4NA, a London-based news site whose self-declared goal is to present news from the perspective of Central Europe and the Visegrad Group countries (Hungary, Slovakia, Czechia and Poland). Currently, the website has an English, French and Hungarian versions, but more languages should reportedly be added to the mix later on.

It all sounds pretty good, right? Trying to give a more local, honest and comprehensive perspective on what’s happening in Central Europe…something akin to what we do at Kafkadesk. But there’s a catch. And a pretty big one, too.

Although branding itself as an “independent news agency”, V4NA is anything but, and has an enormous bias, stemming from both its financial and ideological background.

Rather than promoting an objective, balanced and complex narrative of European and Central European developments and events, V4NA appears to be saying: “This is the only perspective that matters”. And what perspective is that? You guessed it: V4NA promotes an exclusively conservative, nationalist, anti-immigration, right-wing narrative, completely in line with the rhetoric of the Hungarian government. “We give a conservative, right-wing perspective” on political, economic and other news, V4NA said in an e-mail to Bloomberg.

Technically speaking, this admission isn’t that shocking, as many media outlets throughout the world have a self-declared political orientation. But there’s more. According to a research done by valaszonline.hu, V4NA is owned by a company linked to one of Orban’s advisers, as well as Hungary’s ambassador to London. This kind of puts into perspective the whole “independence“ branding of the agency, as well as its supposed balanced view on what’s happening in Europe and around the world: neither independent nor balanced, it basically falls on its own swords in two paragraphs time of its own description.

The purpose of this “news agency” is crystal-clear: promoting Orban’s views and Hungary’s policies abroad. A quick look at the headlines is enough to get the tone: “Dutch politician banned over speaking up against immigration” or “Greece flooded by migrants”, and many more similar articles, subtly mixed with other, completely unrelated and seemingly apolitical articles on culture, science, sports, and so on. A classic tactic of propaganda tools to make the implicit political and ideological message more inconspicuous, but all the more powerful.

V4NA, a threat to Central Europe’s own credibility

This tactic, already adopted by Hungarian news sites, wasn’t as dangerous on a global scale as long as the news were in Hungarian and independent local news and investigative outlets were able to dissect the Hungarian state propaganda. But this is different: the V4 agency publishes articles in English and other foreign languages, thus reaching an audience not necessarily aware of the intricacies of Central European politics nor equipped to differentiate the truth from the lies – even more so when both are cunningly mixed together.

Moreover, V4NA presents itself as the spokesman of the V4 as a whole, a strategy aimed at acquiring more credibility while damaging the other countries’ reputation and further linking them, in the eyes of the rest of the world, to the authoritarian regime of Viktor Orban. Likewise, spreading this type of propaganda in English is even more dangerous, as it can travel throughout the world more easily, adding fuel to the fire of the right and far-right machine.

V4NA, where users have to pay to read the whole articles, relies and feeds on the social media’s click-bait culture of catchy and alarmist headlines, further endangering the ability of users abroad to get a comprehensive and balanced picture of what’s actually going on in Central Europe.

Orban has long relied on Hungarian media, now largely concentrated in the hands of close associates or Fidesz loyalists, to broadcast his views throughout the nation, and even beyond, successfully penetrating neighbouring countries by reaching the ethnic Hungarian communities in Slovakia, Romania or Serbia. In that sense, the launch of the V4 News Agency is only the next, almost logical step, and closely resembles Russia’s own propaganda machine, of which Russia Today and Sputnik are prime examples: oriented at the outside world to distribute fake news, altered facts, state propaganda and the government’s own narrative of domestic, European and world events. 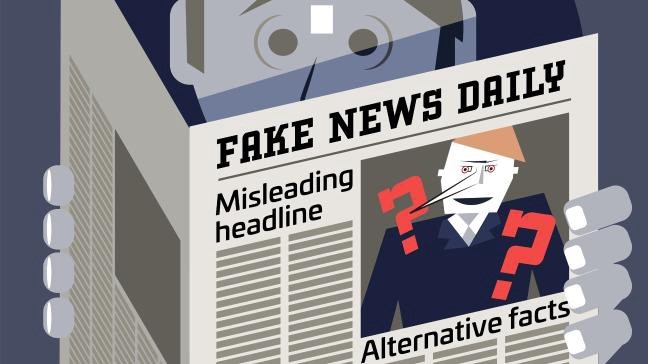 Objectivity, critical thinking and reading and fact-checking are more important than ever. In the age of right-wing populism and orchestrated state propaganda, citizens must pay attention and exercise judgment regarding what they’re reading, hearing and watching, and they must be fully aware where the news actually come from, to whom it is addressed and more importantly, what and whose purposes they serve.