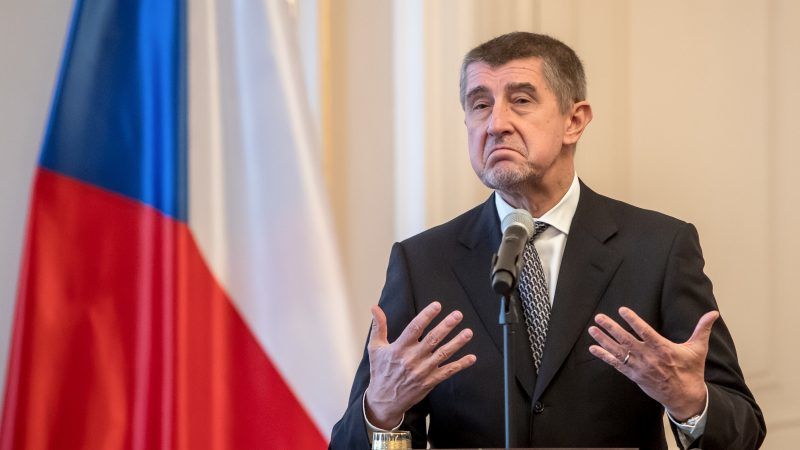 The minority government of Czech Prime Minister Andrej Babis might be on the verge of collapsing as Social Democrats threaten to resign.

The meeting, that was originally scheduled to take place on Tuesday but was postponed over a protracted emergency EU summit, was meant to resolve the long-standing dispute threatening to topple the government: Jan Hamáček and the Social Democrats have been threatening to resign after president Zeman refused to accept the resignation of Culture Minister Antonin Stanek – who has faced a backlash for controversially sacking two heads of prominent Czech cultural institutions, including the director of National Gallery in Prague – and replace him with their pick, Michal Smarda.

The Social Democrats argue that Zeman is thus disregarding the coalition agreement and are threatening to walk out.

Even though Prime Minister Babis officially asked him to dismiss the embattled Culture Minister many weeks ago, and that the president is bound to accept it in that case according to the Constitution, President Milos Zeman, himself a former leader of the Czech Social Democratic Party, has refused to comply.

Directly after the meeting, Foreign Minister Tomáš Petříček and Minister of Labour and Social Affairs Jana Maláčová, both from the CSSD, said they were ready to resign from their post.

Hamáček announced he would call for a special meeting of the Social Democratic leadership on July 15 to discuss a possible exit from the government, while Zeman said he would invite both Hamáček and Culture Minister Antonin Stanek on July 12 to find a compromise and try to reconcile them.

What would happen in case of early elections?

Prime Minister Andrej Babis, who recently survived a vote of no-confidence in Parliament – the second since taking office – warned that the Social Democrats’ exit from the government would most likely prompt early elections.

And despite a short fall in recent polls amid growing public discontent and allegations of EU fraud and conflict of interest, the PM’s ANO party would most likely come out on top, while the Social Democrats are expected to take a beating.

In case of early elections, critics fear Zeman would further extend his influence and act as a power-broker to form a new government. The latter however suggested that the CSSD’s exit from the government could simply lead to a cabinet reshuffle, with Social Democrat ministers who could possibly be replaced by members of the far-right SPD party of Tomio Okamura.

5 comments on “Czech government on the brink of collapse”