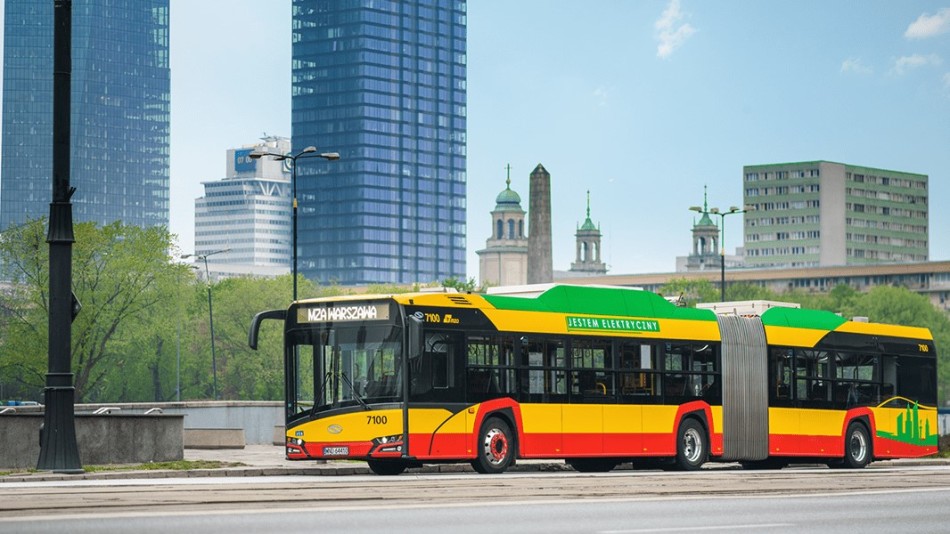 Warsaw, Poland – Warsaw municipal authorities announced earlier this week the purchase of 130 electric buses from local company Solaris Bus and Coach, hailing the transaction as one of the largest tenders of battery-powered vehicles in Europe.

A bit less than half of the total 98 million-euro purchase for zero-emission public buses should be covered by EU funds, according to local reports.

Warsaw mayor Rafał Trzaskowski said that “we are doing this out of concern for air quality and the climate”.

Warsaw, which plans to have a fleet of 400 zero to low-emission buses in two years time, is among the most polluted cities in Europe, along with other major Polish cities.

“Once again, we are in the ‘avant-garde’ of change”, said Rafał Trzaskowski, who has made tackling pollution in Warsaw and implementing more environmental-friendly policies one of his key pledges.

According to the Polish state news agency PAP, the first batch of the Urbino 18 articulated electric buses should be delivered at the start of next year, thus complementing the fleet of more than 30 zero or low-emissions buses already in circulation in the Polish capital.

The new fleet of 130 electric buses operated by Warsaw’s transport operator MZA will most likely be used on the capital’s Royal Route, one of the city’s main transport arteries that runs through the heart of Warsaw and along many historical landmarks.

Poland’s Solaris Bus and Coach, which has recently won an order to provide the city of Milan in Italy with 250 electric buses, has already delivered 17,000 vehicles in over 30 different countries around the world, and employs roughly 2,500 people in Poland and abroad.

Javier Calleja, CEO of Solaris Bus and Coach, said that “we have been consistently pursuing our strategy, grounded in the development of zero-emission vehicles, for many years now”. “Thanks to the huge MZA order, we are able to solidify our position as the European leader of electromobility.”