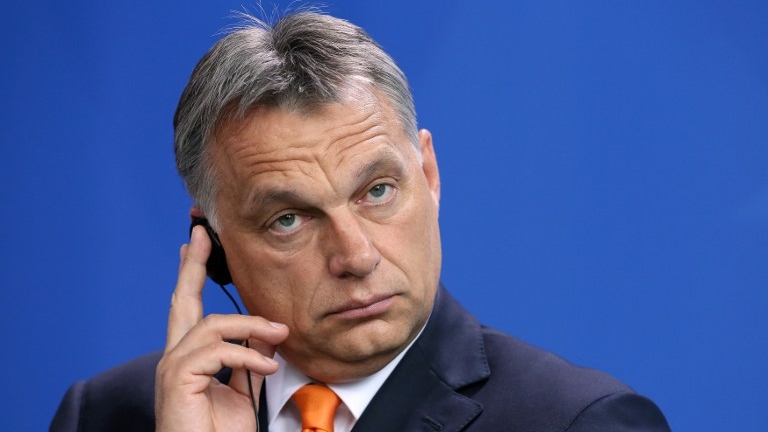 Budapest, Hungary – Hungarian Prime Minister Viktor Orban is using the coronavirus crisis to “fuel xenophobic and anti-migrant rhetoric rather than to focus on developing an actionable plan” to deal with the outbreak, Human Rights Watch (HRW) has warned.

According to Lydia Gall, senior researcher for Eastern Europe and the Western Balkans at Human Rights Watch, the government of Viktor Orban is “trying to distract the Hungarian people with anti-foreigner rhetoric” and promote his own anti-migration agenda in order to deflect criticism regarding his handling of the crisis or the unpreparedness of Hungary’s healthcare system in dealing with the pandemic.

“Instead of instrumentalizing the virus to further its own xenophobic populist agenda, the Hungarian government owes it to the people in Hungary to ensure that the broken public health care system and its medical staff can do a proper job in containing the virus”.

Before even declaring a state of national emergency and banning all foreigners, including EU nationals, to enter its territory, the Hungarian government announced that it would suspend for an indefinite period of time admission of asylum-seekers to the two transit zones on its border with Serbia – arguing most of them came from high-risk countries.

An argument that doesn’t stand, according to Human Rights Watch: “Never mind that most of them have been waiting on the Serbian side on average nearly a year and a half and have not recently been to any of the high-risk areas”.

After the first cases of infection were confirmed among Iranian students – legally residing in Hungary through a state-funded program – Prime Minister Orban was quick to link coronavirus with illegal migration, claiming that “we are fighting a two-front war, one front is called migration, and the other one belongs to the coronavirus, there is a logical connection between the two, as both spread with movement”.

Anna Donath, an opposition politician from the Momentum party, slammed the Prime Minister’s approach and rhetoric: “The government didn’t lose a second to push anti-immigration propaganda, stigmatize and spread some more xenophobia […] Maybe we need a bit more handwashing and a bit less brainwashing”.

The Hungarian Interior Ministry has ordered a total number of 15 Iranian students to be expelled from Hungary after testing positive to coronavirus and allegedly violating quarantine regulations.

A missing Pakistani CEU student and the spread of fake news

But infected Iranian students aren’t the government’s only scapegoats: 28-year-old Raza Khan, a Pakistani student from the Central European University (CEU) in Budapest, who has been reported missing and was last seen on March 2.

Without backing its claims with any reliable information, the government-related online news platform Pesti Sracok recently published an article blaming Raza Khan for the spread of Covid-19, describing him as a potential “carrier of the coronavirus” and claiming he had “chosen illegality” to avoid quarantine after being in contact with infected Iranian students. After the article started circulating on social media, further stoking xenophobic sentiment, CEU had to release a statement to deny its unfounded claims and urge “the media not to give publicity to unsubstantiated rumors”.

“With unclear sources and false facts, the article can be seen as a classic example of Hungarian government-generate fake news”, Kafkadesk Budapest correspondent Zsofi Borsi recently wrote. “By implicitly warning people against the potential ‘threat’ of the invisible presence of an immigrant, infectious Other amongst Hungarians, the Fidesz government does not take a break from enemy-making even in times of real emergency”.

While Hungarian authorities have arrested several people accused of spreading fake news about the coronavirus, critics have accused the government itself, supported by its vast network a loyal pundits, news outlets and media organizations of being one of the main sources of disinformation “to demonize groups and push an agenda”: “If anything, efficient information flows and cross-border pooling of scientific resources and cooperation are some of our best weapons against coronavirus. Orban and his allies on the right of European politics should do well to remember that”.