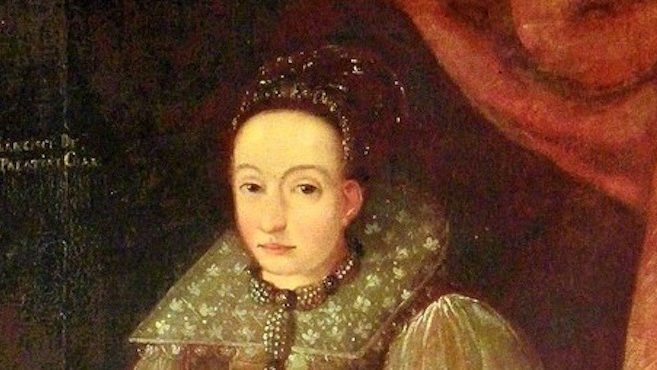 Kosice, Slovakia – “Record breaking is a serious business”, the Guinness World Record Association warns on its website. Be that as it may, it can sometimes be challenging to keep a straight face while scrolling through the list of those broken records.

Here’s our selection of the most impressive, wacko or just plain weird Guinness World Records that Slovakia can brag about (they were either achieved in Slovakia and/or by Slovaks).

The world’s most prolific female murderer, Elizabeth Bathory practiced vampirism on girls and young women and is alleged to have killed more than 600 virgins to drink their blood and bathe in it in order – so the story goes – to preserve her youth. Elizabeth Bathory was the niece of Stephen Bathory, prince of Transylvania who eventually became king of Poland and Grand Duke of Lithuania in 1575. She lived in the Cachtice Castle, in what is now Slovakia.

The longest career as a conductor was achieved by Slovakia’s very own Viliam Karmazin, who conducted orchestras and choirs during a period of 76 years. He began his career in 1936 and held his final concert in Sered, Slovakia, in 2012.

Now for the baffling ones: the most socks put on one foot in one minute (52 socks) was achieved by Pavol Durdik from Pluchov, Slovakia, two years ago… beating his very own record by one sock. Quite naturally, Pavol Durdik also holds the Guinness World Record for the most socks put on one foot in 30 seconds (28), once again beating his own record by two socks. But M. Durdik apparently has many other hobbies: in 2017, he achieved the world record of the most matches extinguished on the tongue in one minute (50 matches), beating yet again his own previous record by five matches.

On another note, the largest motorcycle wedding procession was achieved my motorcycle enthusiasts Peter Schmidl and Anna Turcekova, whose wedding in Bratislava in 2000 managed to attract no less than 597 motorcycles.

On the sporty side now: Everyone knows that Slovakia is a strong ice hockey country, and this shows in their Guinness World Records. The highest score in an international ice hockey match was achieved when Slovakia beat – “hammered” would be more appropriate – Bulgaria by a whooping 82-0 in a pre-Olympic women’s qualification game in Latvia in 2008. The top scorer of the match was Janka Culicova with 10 goals on her own.

But that’s not all. The most points by brothers in an NHL game (16 points) was also broken by Slovak siblings Peter (four goals and four assists) and Anton Stastny (three goals and five assists) when they played for the Canadian team of the Quebec Nordiques against the Washington Capitals in 1981. The fastest ice hockey shot in NHL history of 108.8 miles per hour (175.5 km/h) was a slap shot by Slovak player Zdeno Chara of the Boston Bruins during a game in Canada in 2012 – to be completely fair, however, you should know that the fastest ice hockey shot in any competition was achieved by a Russian player with a slap shot of 110.3 mph (177.5 km/h) in 2011.

And finally, the first double crossing of the English channel by a three-person relay team was achieved by an all-Slovak team in July last year by Dezider Pek, Ondrej Pek and Richard Nyary. Their swim from England to France took 10 hours, 14 minutes and the way back to England took 12 hours and 20 minutes.